Apple Update: Bad for Businesses or Good for Privacy? 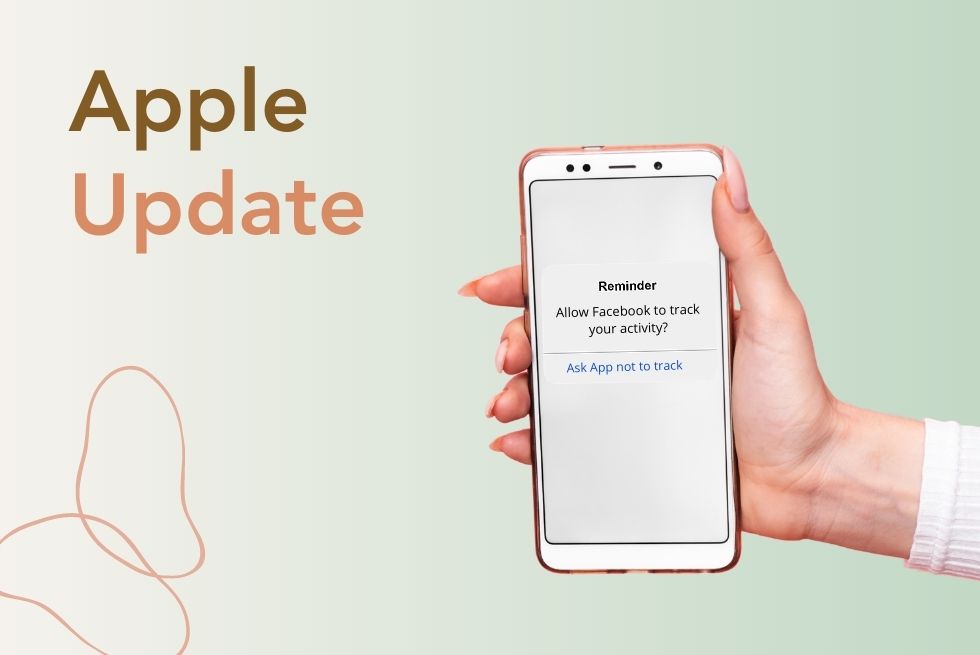 Big changes are coming to the way advertisers run digital ads. Facebook and Apple are feuding over user data and who has a right to use it. On the surface, users will get more privacy; but dig deeper and we see just how nuanced modern advertising is. What will these changes mean for the everyday marketer?

These big changes start with the big Apple. The company prioritizes privacy, which is perhaps why in the past few years, they have begun unveiling a series of changes to their programs and how they collect user data, which advertisers like Facebook use to target ads to specific customers. One of the big reasons Apple can do this is simply because of their control over not only their devices but what is allowed on them.

“Apple can make privacy part of its selling point for its customers, and it can also mandate it from any apps that want access to iPhone users,” says Recode. “Even when those apps are made by companies as big and powerful as Facebook.”

On the other hand, Facebook was built and profited on user data and continues to track that data throughout other apps and websites. The company has never been one to stand up for privacy. On the contrary, in 2019, they were forced to pay the US government a $5 billion fine for privacy failures. Their big concern with Apple announcing these changes is regarding the data Apple previously allowed them to collect. Now, Facebook will have a much harder time collecting that data and using it to create effective ads.

The what: A fight over user data, which marketers use to target ads

Apple’s 14th operating system, coined iOS 14, is the driving force between the two companies’ spat. iOS 14 will institute the App Tracking Transparency (ATT) feature. This will require apps installed on devices running the system to disclose to users what information they collect. Users will be asked to opt in or out of sharing data, particularly, the data associated with each individual’s Identifier for Advertisers (IDFA) code, with these companies. This is a change from a longstanding digital tradition when Apple users’ data was automatically collected and shared. Currently, about 70% of Apple users share their data.

If users choose not to opt in to data sharing, companies that use targeted advertising will lose a major source of data used to deliver ads to specific audiences, thereby also potentially losing out on the revenue from those ads and the value they provide to advertisers. The iOS 14 update will also limit the use of Pixels, which marketers can use to strategically track the effectiveness of ads and use those insights to improve the ads and increase their profitability.

Basically, Facebook wants the data. Apple wants customers to have the choice over whether they share it.

The when: Soon, now, forever

Some of Apple’s steps to protect user privacy are already in place. Last year, the company announced that it would require apps on Apple’s app store to include a kind of warning about how much an app respects users’ privacy, though some claim that these labels are neither complete nor particularly simple. Additional changes are being rolled out right now, in Spring 2021.

Ultimately, the average user probably won’t see much of a difference in how the ads themselves are presented. The only real changes they’ll see are the privacy warnings from Apple on the app store and within new apps.

Apple claims they’re doing all of this to protect users’ privacy. “Technology does not need vast troves of personal data, stitched together across dozens of websites and apps in order to succeed,” said Apple CEO Tim Cook. “Advertising existed and thrived for decades without it. If a business is built on misleading users, on data exploitation, on choices that are no choices at all, then it does not deserve our praise. It deserves reform.”

Zuckerberg feels strongly that Apple is doing this to promote their own apps and control over their customers, so much so that they broke their tradition of staying out of for-profit spats between advertisers. Instead, Facebook is positioning itself as a kind of victim alongside advertisers who rely on Facebook apps to make ends meet. They published several official statements “sticking up for small businesses” and leading the charge against Apple, a move the New York Times called “desperate” and “tone-deaf,” perhaps accurately, given the sheer power and profit scale of Facebook when compared to those it claims to serve, many of whom may take ill with Facebook’s lack of customer support and responsiveness. Still, Facebook reports that by running non-personalized ads without employing user data, small businesses could see a cut of over 60% of website sales from ads.

For users, the pros may include peace of mind knowing that their every move isn’t being shared with those who would like to make money off of them.

For the everyday marketer who runs just a handful of boosted posts or website promotions directly in Facebook or Instagram, it doesn’t appear these changes will have a huge impact on the bottom line. Time will tell if ad success rates will really be affected as much as Facebook claims they will be, and for those who see Facebook ads as just a small part of their job, it may be up to you to manually assess the impact over time.

For large-scale advertisers, things just got a lot more complicated. With less and limited data available to Facebook, Facebook ads and tracking tools like Pixels simply can’t be as effective as they’ve been in the past. Marketers will be forced to spend more to reach a potentially smaller pool of people, plus, it will be harder to tell if these ads even work.

There are ways marketers can navigate these changes. Social Media Examiner suggests advertisers could consider relying on sources other than Pixels to track website conversions or segmenting target audiences by iOS and Android.

Regardless of where you stand, as a user or ad manager, questions about company entitlement to user data will linger on, likely with changes to company ad policies as a result. Ultimately, all these current and inevitable technical challenges mean that your ad strategy must first be focused on genuine connection with customers and compelling content. What marketer wouldn’t be willing to opt in to that?